Back to home page

This page needs your help. If you know anything about Roy Carnon and his contributions to films please email me with pictures and text: eric@satsig.net.  Whatever you can send would be most appreciated.

This is British film, directed by Richard Franklin and made at St. Abbs, Scotland. Its plot features Terence Stamp playing Dr. Steven Phillip, a scientist, making a study of man and apes. He goes missing and his three apes take over the house while Jane Chase, an assistant anthropologist, played by Elisabeth Shue tries to cope. The three apes are at times aggressive and violent.

The role of Roy as a Sketch artist is unknown. Please help. Email me eric@satsig.net with any information, images of storyboards etc. Thanks.

This is a medieval fantasy film directed by Richard Donner, filmed in Italy.  Roy's job was a "visual concepts artist".

During the film an eclipse occurs and it is possible that Roy Carnon helped with the geometry to ensure the simulation was technically correctly rendered.

Later Roy helped with the opening sequence of 2001 Space Odyssey which involved a solar eclipse involving both the sun and moon.
Link to IMDb database record for Laddyhawke. 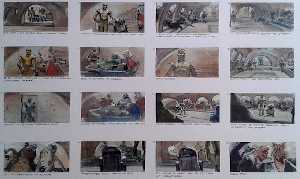 A storyboard for the Return of the Jedi film.

The Dark Crystal (Wikipedia link) is a fantasy film involving multiple animated character puppets, directed by Jim Henson and Frank Oz. A key character is Jen, a fawnlink creature, a lonely survivor of the race of Gelflings. Aughra is an astronomer who lost an eye a thousand years ago while watching the conjunction of three suns. Roy, with his WW2 navigator experience and knowledge of astro-navigation helped with the story boards for the simulation of the Great Conjunction of the three suns as seen through the triangular gap in the roof of the castle. 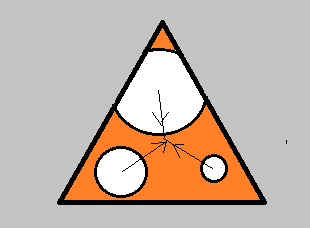 Roy worked out the way the three suns came together, initially all just touching, and finally all centered on one another as the Great Conjunction, and made technical sketches to guide the camera operators and set designers. The three suns appear to approach each other at 120 deg, at different speeds, with the one subtending the largest diameter angle the furthest away and the one with the smallest apparent diameter nearest. The colours were arranged so that all would be visible when superimposed. The orbit paths are offset from the roof triangle window axes by 8.9 deg.

I've not found anyone with more information or the whereabouts of the original design drawings. If you have them, please take pictures of them and send to me.

Reds is a 1981 American historical drama film about the life and career of John Reed who wrote about the October Revolution in Russia in his 1919 book Ten Days That Shook the World.

Dr. No is a 1962 spy film directed by Terence Young, based on the 1958 novel of the same name by Ian Fleming. Starring Sean Connery.

When making a film the set designers often made requests for picture or artwork to decorate the walls of the film set. In this case Roy may have made a 3D collage to suit a casino scene. Does anyone know ?

Other examples include Roy being asked to supply a 'fake Picasso' or similar artwork, which could be produced quickly and easily with out the expense and negotiation regarding the borrowing and insurance of the real thing.

Roy was an illustrator in the Art Department.

This storyboard illustrates how the Aries pod was to be shown descending into the Aries crater on the Moon.

No information. Not sure if Roy was even involved as not listed in https://www.imdb.com/title/tt1305816/fullcredits/?ref_=tt_ql_cl

2001: A Space Odyssey - A Look Behind the Future (Documentary short)

This is a short film (23minutes) about the making of the film 2001  : A Space Odyssey. It features a video of Roy Carnon working.  Watch YouTube version here: A Look Behind the Future 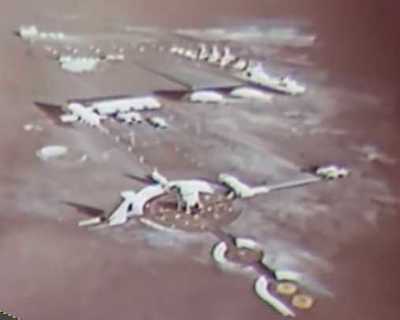 From the film: "A look behind the future". Sketch of Shuttle base by Roy Carnon 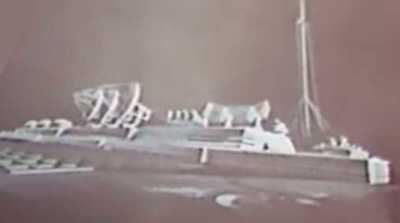 From the film: "A look behind the future". Observatory and communications facility on lunar surface.

If you know of more films or can send me images of any more storyboards please do so to me at eric@satsig.net